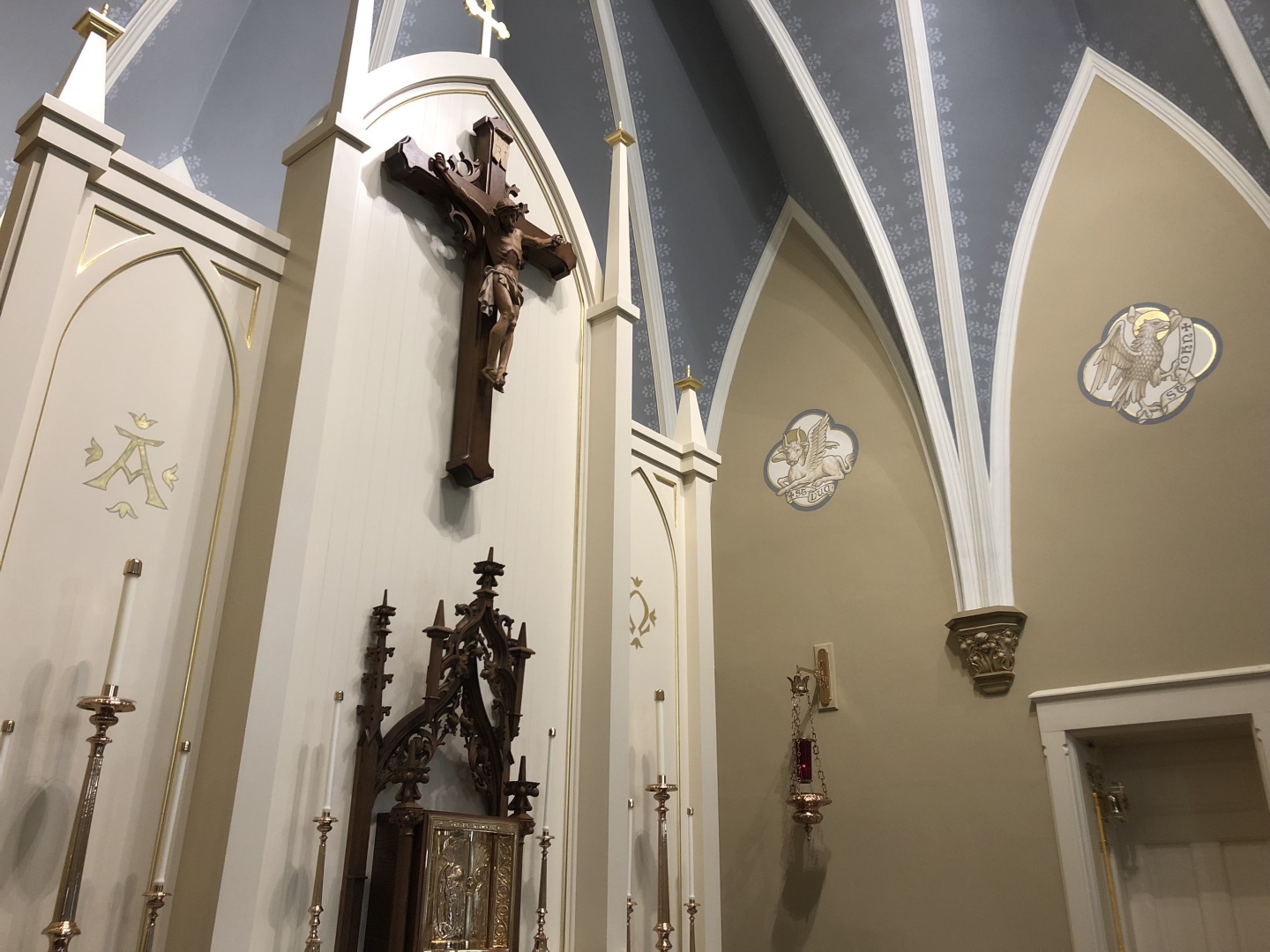 Our first task in approaching another people, another culture, another religion, is to take off our shoes – For the ground we are approaching is Holy…Loving God, we believe you live among us and the place where you are is Holy Ground.  We know you love all peoples and that their ways and lands are also Holy.  Help us to discover all your wonders in their faith, their lives and stories.  Send us your Spirit, and we will listen, learn and meet you in your Holy Ground.

2001 and 2002 – Discernment began at Saint Mary’s to decide if our parish should twin with another parish and with whom.  Later in the year it was decided to twin with San Gaspar parish in Taulabe, Honduras.

2003 – In February three members from our parish went to visit San Gaspar for the first time and met the pastor Padre Eduardo (Tito) Mendez.  Every February we travel to Taulabe.  The February, 2020 will be our 18th visit.

2005 – Padre Tito and five others came to West Bend for their first visit to Saint Mary’s.  The weekend they were in West Bend was our first Mission Appeal with our sister parish.  Every year since, money raised from Mission Appeal goes to the San Gaspar community.  Money collected has been given to Padre Tito to use on projects important to his parish community.

2005 – Although there were already three students being sponsored from members of our faith community, this was the beginning of our Sponsorship program.  It began when the School Sisters of St Frances in Milwaukee asked our group and Padre Tito if we would be willing to support students in the Taulabe community that they could no longer support.  After it was approved, we offered the sponsorship opportunity to our parish community.

2006 – Fifteen students were sponsored in secondary education.  That number grew and since that time, hundreds of students have been sponsored.

2009 – The Amigos Unidos program began.  This all started because an elementary school principal in Padre Tito’s committee presented a question about how the small children in the community could get into the secondary Sponsorship program if they do not attend grade school.  The principal added that parents don’t send their children to school because they can’t afford the school supplies, school uniforms and shoes.  Numerous fundraising efforts have helped to make this program successful helping at least one hundred students every year.  These include the former Saint Mary’s school teachers and students, the Ladies’ Tea, quilt and chest raffles, bake sales, the pencil case project, and selling fair trade coffee, tea and hot chocolate.  Also, Saint Mary’s Parish pledges an annual grant to help with this program.

2019 – A second school breakfast program is established in another mountain community near Taulabe.

2020 – It is planned to start a third breakfast program in a mountain community near Taulabe.